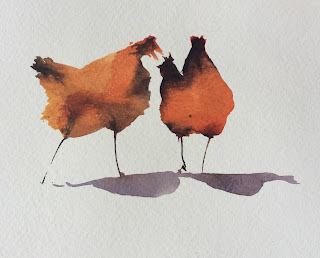 I’ve been watching some of your wonderful videos painting people. So glad I found this one with chickens! Fabulous thank you.